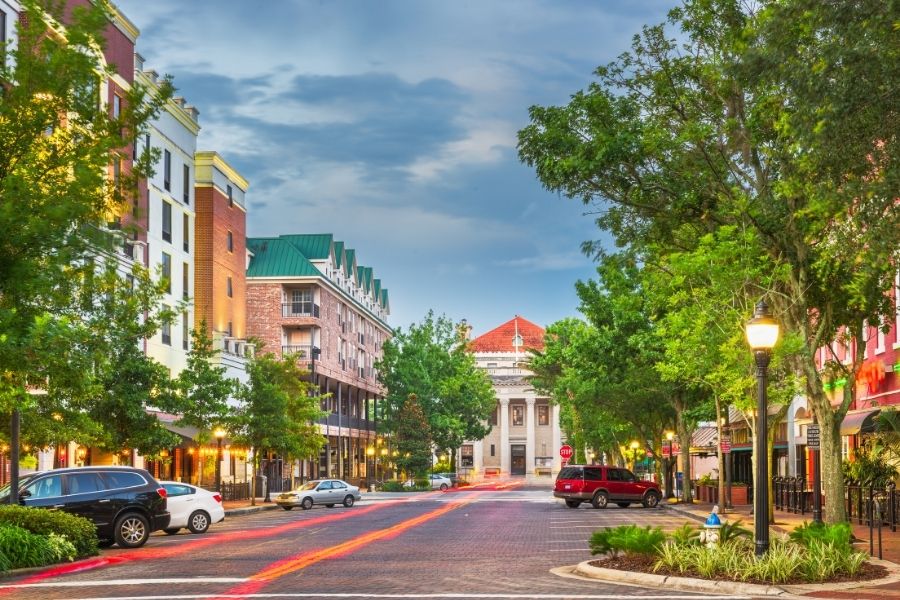 The open road is calling, but what kind of trip combines art and beauty? Here are several road trip ideas to small towns with beautiful architecture.

The American road trip has much to offer—regional delicacies, rural activities, and ridiculous roadside attractions. But if you want something a bit rarer and more refined, consider an architectural journey. While big cities like Chicago and New York are known for soaring skyscrapers, plenty of small American towns had their own golden ages of architecture and host one-of-a-kind buildings. Head out and see some of the best edifices America has to offer with these road trip ideas to small towns with beautiful architecture.

Louis Sullivan was a genius in every sense of the word. He produced some of the loveliest buildings of his time, abandoning the boring classicism of his contemporaries for a new, uniquely American brand of architecture. Sadly, Sullivan’s career declined in later years, and the former skyscraper designer had to take smaller commissions to build small-town banks. However, Sullivan considered any job worth doing right and produced eight lovely banks in Ohio, Iowa, Wisconsin, Minnesota, and Indiana. Plan a midwestern trip to enjoy Sullivan’s breathtaking organic ornamentations, which reproduced leaves, flowers, and other natural elements, breathing “life” into cold brick and stone.

As Louis Sullivan’s chief draftsman, Frank Lloyd Wright learned a lot from the master, then went his own way to create his own inimitable designs. Blessed with a longer life and a comparatively more successful career than his mentor, Wright designed thousands of structures. Several hundred came to fruition, and about 400 still stand across the country and elsewhere. Immediately recognizable for their geometric precision, many of Wright’s buildings offer tours. Often, in towns like Oak Park, IL, where Wright kept a home and studio you can visit today, there are several Wright buildings within walking distance of each other.

Speaking of Wright, if you haven’t heard of Marion Mahony Griffin, that’s regrettable but also understandable. One of the first licensed female architects in America, she’s also an original Prairie School architect and Wright’s first employee. Wright was a bit of an egomaniac, to be generous, and tended to leave underlings in his shadow—but Griffin was indispensable to him, designing striking furniture, windows, buildings, and more for his firm. Most of Griffin’s work is in Australia, but a handful of her lovely, Japanese architecture-inspired homes still stand in Decatur, IL, and Grand Rapids and Niles, MI.

One of the nice things about traveling to small towns is that they make a greater effort to preserve old buildings. In a way, when you get the car inspected and set up for a safe and secure road trip, you’re firing up a time machine that provides a view of the ways things looked in the good old days. Still, when considering road trip ideas to small towns with beautiful architecture, don’t stay in the past! Maybe modernism is more your speed. Go back to the future with a visit to Columbus, IN, an unexpected repository of far-seeing works by modernist architects I.M. Pei, Eero Saarinen, Harry Weese, and others.

How To Add Historic Charm to Any Home

Fun Alternatives to the All-White Kitchen

What Skills Can You Acquire with Aesthetics Courses...

5 mistakes you shouldn’t make when you declutter...

5 Affordable Renovations That Can Increase The Value...

How to Design a Functional Outdoor Office Space

How You Can Freshen Up the Look of...

Beautiful Historical Architecture Around the World

Clever Ways to Decorate The Hallway in 2021