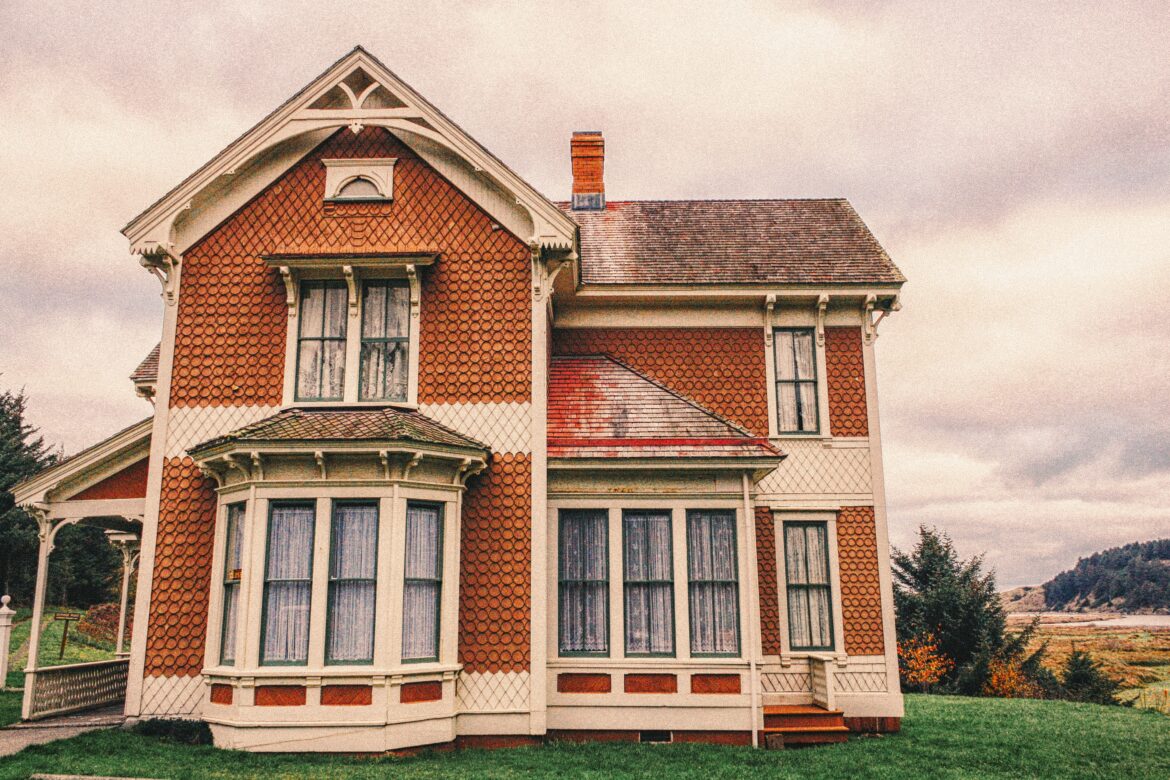 Trends come and go for fashion, art, furniture, and even homes. Though architectural styles tend to last longer than leg warmers and teased hair, and they’re hard to miss when 300-year-old homes are still being loved and lived in today.

Still, houses change over the decades to reflect the lifestyles and trends of the time they’re built. Early American homes were built with a British influence, shutters to weather coastal storms, and made of local brick.

Contemporary homes are made with state-of-the-art technology and simple geometric shapes to impress and welcome guests. And in-between the two were hundreds of years of innovation that have built the look of American neighborhoods.

Here’s a brief history of house styles in the U.S. and their decor trends. 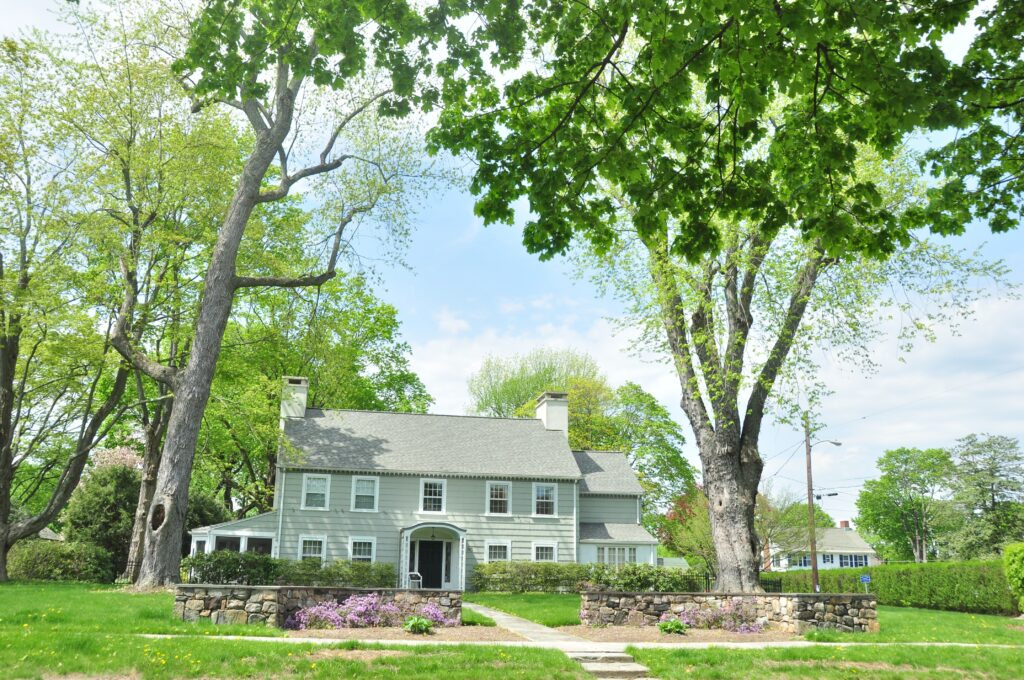 Colonial homes were built as the U.S. itself was established and were popular for over a century, beginning in the 1600s. Colonial homes aren’t one-size-fits-all, as they took influence from the regions they were built and the cultures of the U.S. settlers who built them.

Colonial homes tend to sport symmetrical layouts with a centered door and foyer, with an equal pattern of windows on each side and steep gable roofs. They’re simple styles that were easy to build and welcome guests into entertaining rooms, while family rooms were kept to the back of the house.

Colonial-style homes eventually died down but experienced a revival in the 18th and 19th centuries. Colonial Revival homes may include dormer windows and attic lofts that earlier architecture didn’t have. 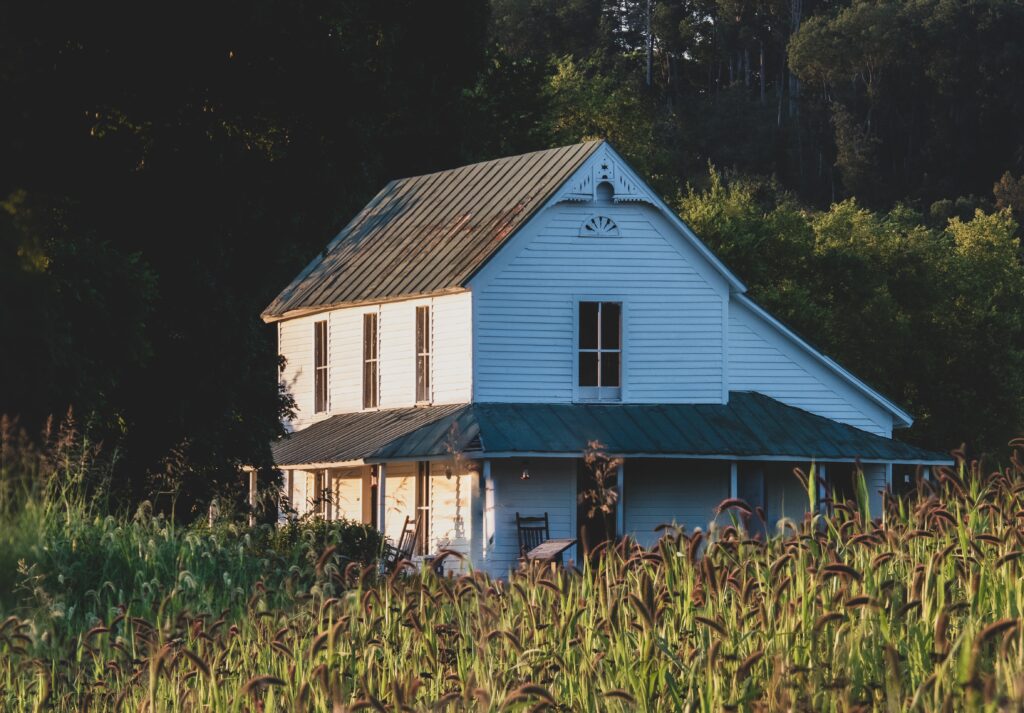 The American Farmhouse is a timeless design that’s just as popular now as it was in the 1700s. They’ve evolved with time and culture to offer a variety of features like wraparound porches and Greek columns.

Farmhouses started as small and simple homes that were easy to design and build on farmland. Once mass production became easier, farmhouses started evolving to incorporate other architecture trends in America and grew bigger as materials were more accessible.

Today’s Farmhouses are identified by their welcoming porches, rectangular or “T” shaped floor plans, natural building materials, and, of course, their location on a farm. They’re the influence for the Farmhouse decor trend that erupted over the last decade and is already evolving into several sub-styles. 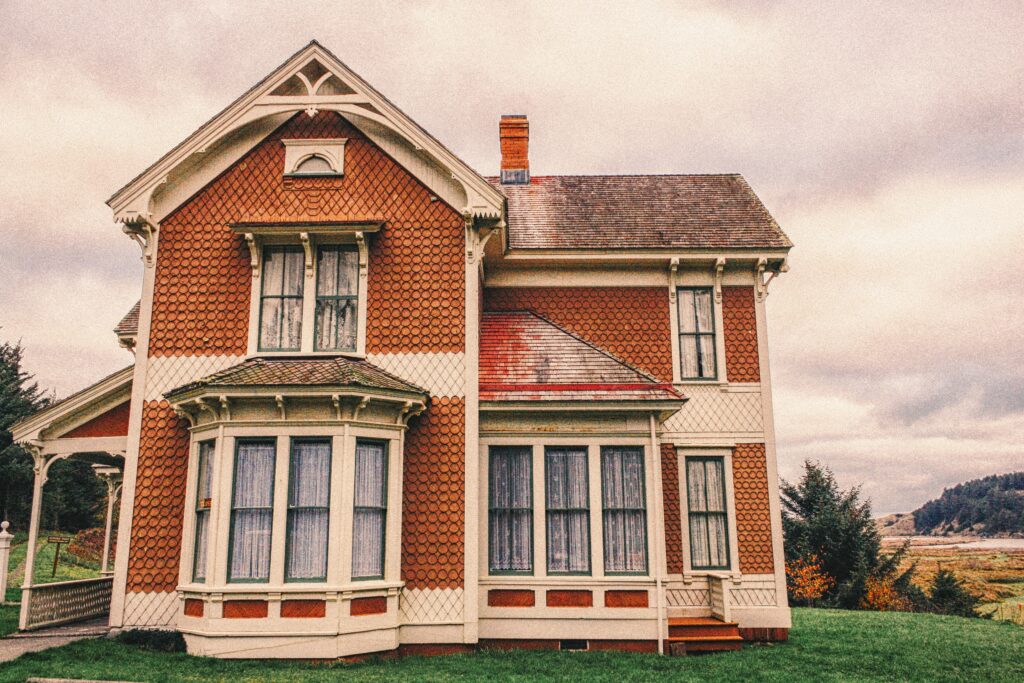 Victorian homes also offer a wide variety of sub-styles that are common across the U.S. Victorian homes were built between 1837 and 1901 while Queen Victoria held power in Britain. Most Victorian-style houses are all about the details, with ornate woodworking, dramatic patterns, and asymmetrical layouts.

Gothic Revival homes were some of the earliest Victorian houses and took influence from Medieval Europe to complement the nature of rural America. Pointed arches, steeply pitched roofs, and turrets are just a few of the identifying features.

Italianate homes also took influence from Medieval Europe, but with a focus on Italian architecture. It’s especially popular on the East Coast and is easiest to identify by their belvedere in the roof. These let in natural light and airflow for a more comfortable home.

The later Victorian era kicked off with Queen Anne homes, which celebrated the arches, turrets, and asymmetrical floor plans that made Victorian homes. Queen Anne homes took the drama up a notch with half-timbering, shingles, polygonal towers, and even stained glass windows. These ornate homes are the epitome of Victorian-style architecture.

Wrapping up the Victorian era, Shingle Style and Second Empire homes became popular. Both of these styles were simpler than Queen Anne homes. Shingle-style homes took influence from Colonial homes and focused on width and complementing their surroundings.

Second Empire homes started in France and sported decorative woodworking as any other Victorian house, though they can be uniquely symmetrical and simple. 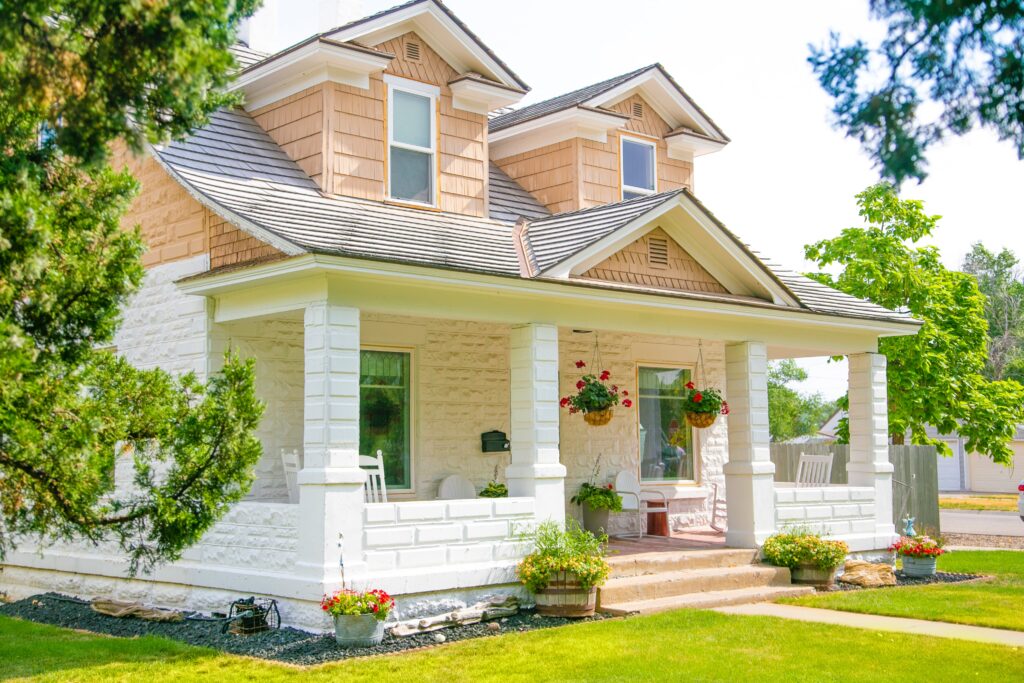 The Craftsman-style home is a natural evolution and bridge from the more ornate Victorian homes to the classic Ranch house. Craftsman homes celebrated hand-made designs and decor with built-in shelves and seating, and impressive woodworking.

These were a part of the Arts and Crafts Movement, which aimed to highlight the value of handiwork in opposition to industrialization and machine-made goods. Simple architecture, exposed beams, and natural tones make a Craftsman home welcoming and comforting.

The focus on simple craftsmanship applied to the interior decor as well as the architecture. Well-made rustic furniture, nature patterns on walls, and simplicity in every bit of the decor were key. Industrialization showcased excess, while Arts and Crafts proved that sometimes less is more. 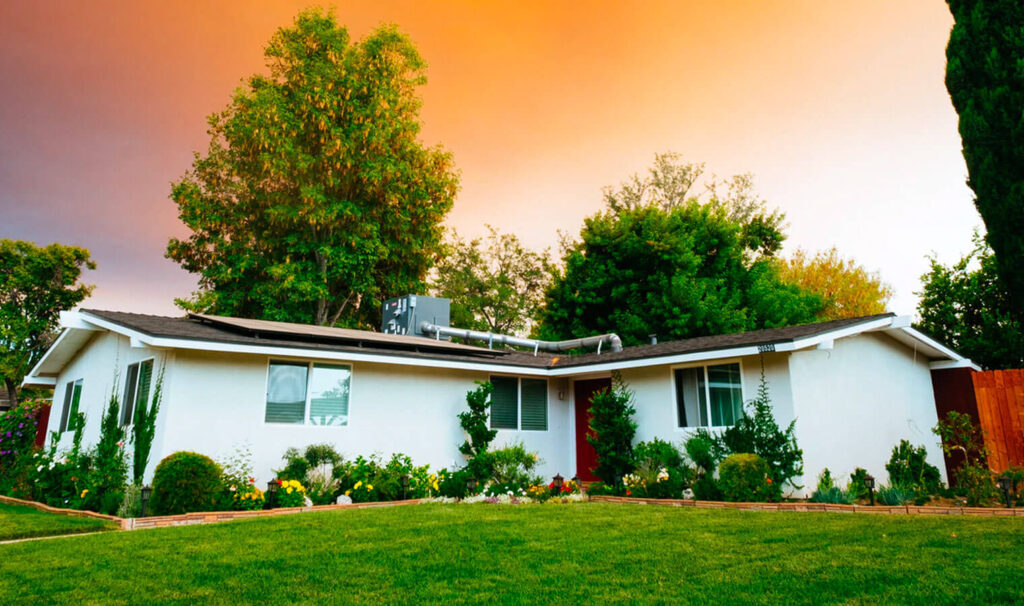 The Ranch house as we know it began to pop up in 1930s California. It was designed to counter the simple rectangular shapes of other popular homes, instead opting for “U” or “L” shaped floor plans.

Ranch homes are low to the ground and wrapped to highlight a courtyard and outdoor nature space. They really took off after World War II because they were easy to produce. To this day, Ranch houses are still the most popular house style in America. They also popularized the low-profile shape and nature influence that created mid-century and contemporary designs. 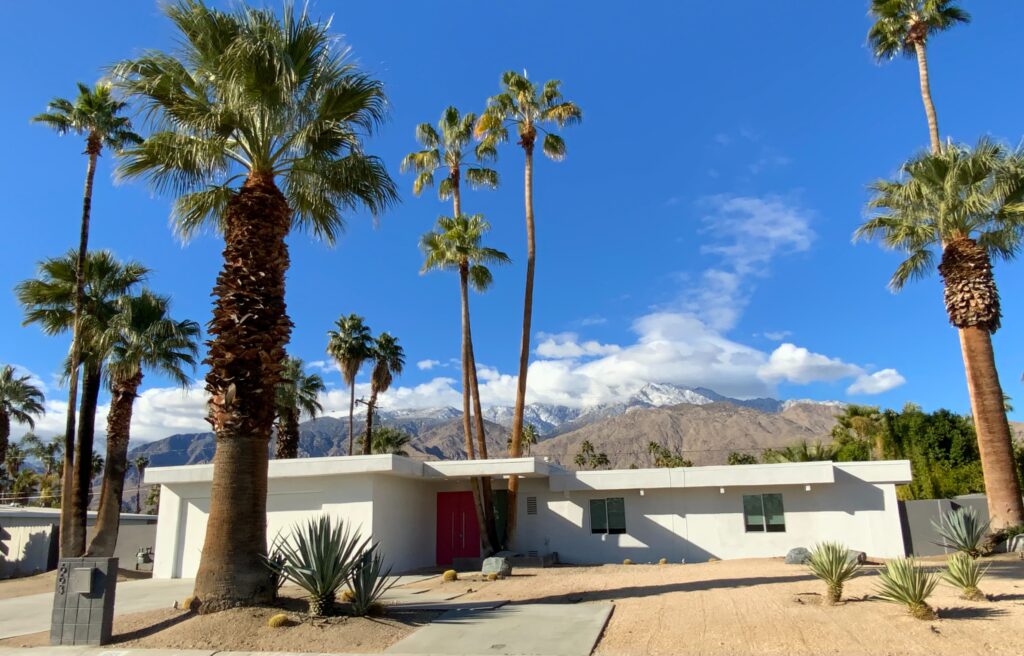 Modern house designs aimed to embrace minimalism and the inspiration of nature. Modern designs highlight clean lines, flat roofs, and simple geometry. They’re also one of the earliest styles to make use of open floor plans and large floor-to-ceiling windows.

Mid-Century Modern designs are a popular sub-style of modern designs. These homes aimed to be more futuristic with asymmetrical floor plans and split-level room designs. This aesthetic is still widely popular in modern interior design and architecture.

Decor for Modern homes was simple to contrast the extreme ornamentation of earlier architecture. Function and nature were also important influences, so homes didn’t rely on excess decor or furnishings. 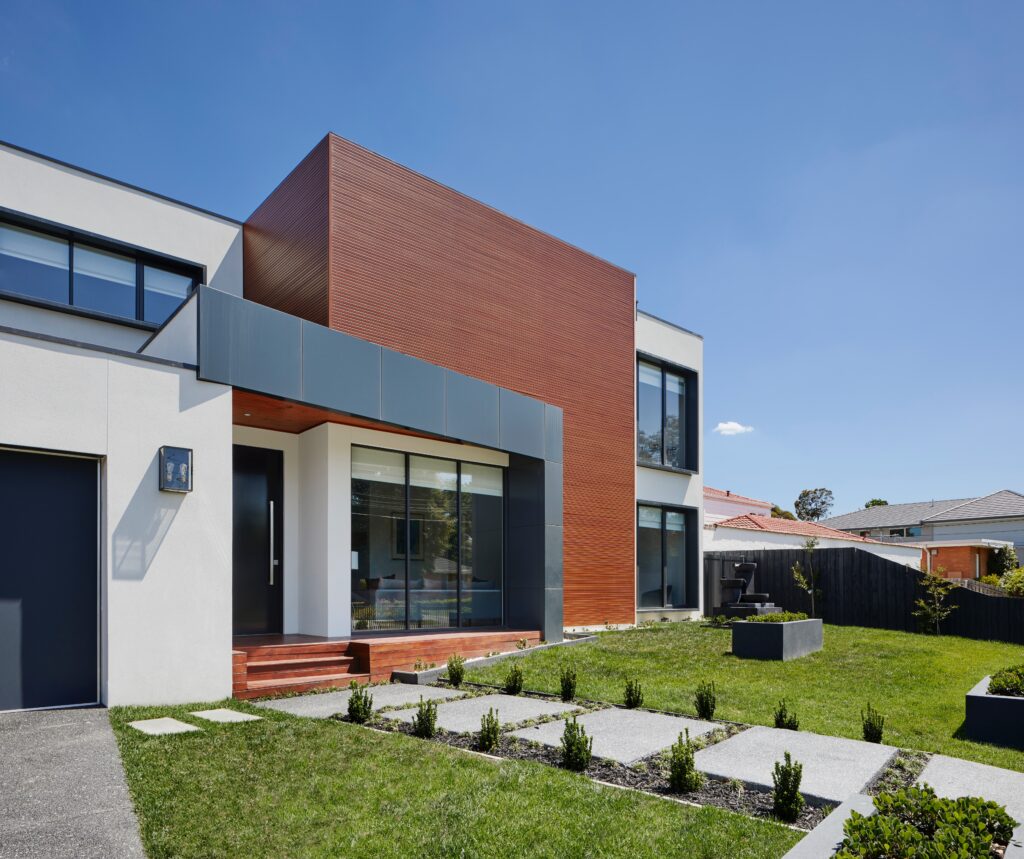 Current Contemporary homes carried on the minimalist and nature themes of Modern homes with a renewed interest in sustainability. Clean lines and structural geometry are common to create a sleek and sophisticated look.

These homes prioritize warmth and nature with large windows, stone and woodwork, and natural colors in their decor. Sustainable building materials and features like solar power are also popular for Contemporary homeowners.

This is just a glimpse into the huge history of residential architecture in the U.S. All of these house styles are easy to spot across the U.S. and are beloved by modern families as much as the families who built them. Learn more about these and other popular house styles, and decor tips for each.

Please include attribution to https://homebuyer.com with this graphic.

Elements To Consider During a Kitchen Remodel

Popular Destinations for Your Wedding Anniversary

Moving in and Not Familiar With Putting-up Furniture?...

5 Ways to Propose on a Budget

Ohio Christmas Destinations: What You Should Not Miss

Why Water Tanks Are Essential In Construction