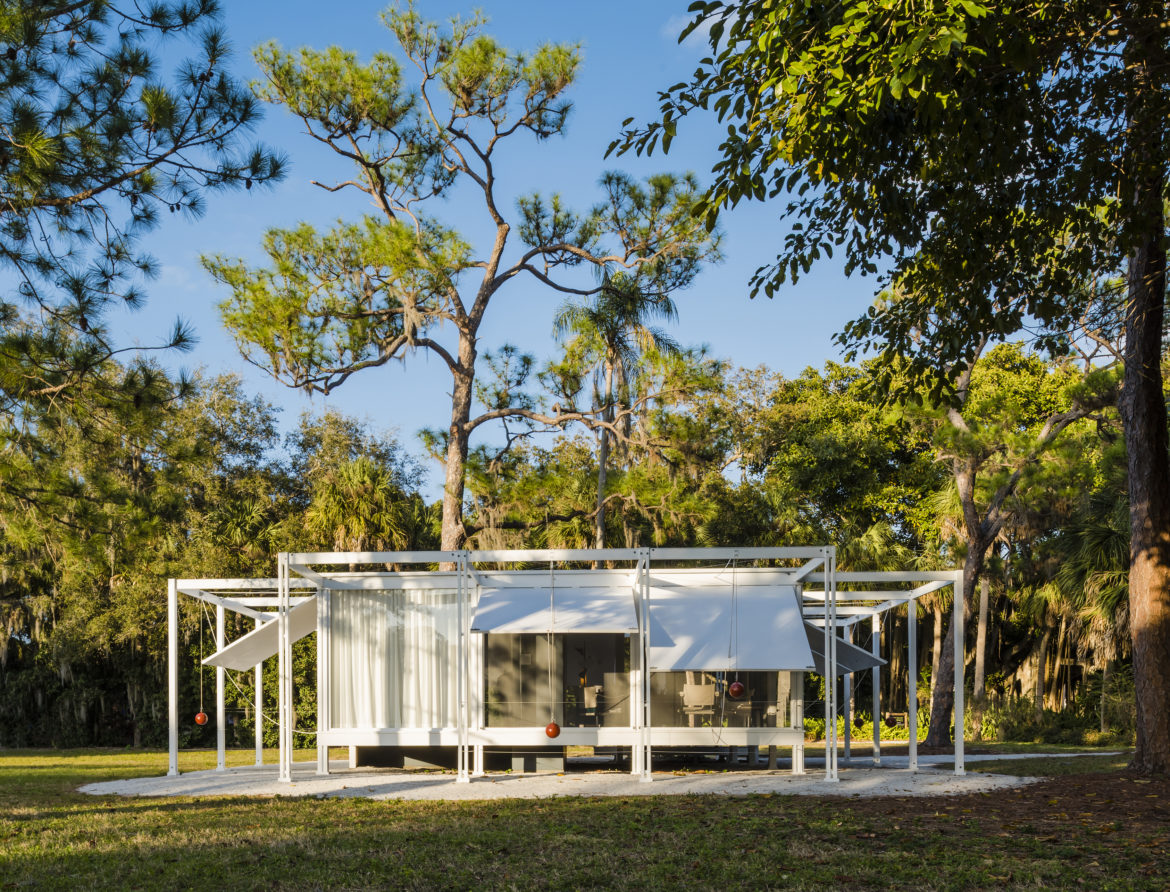 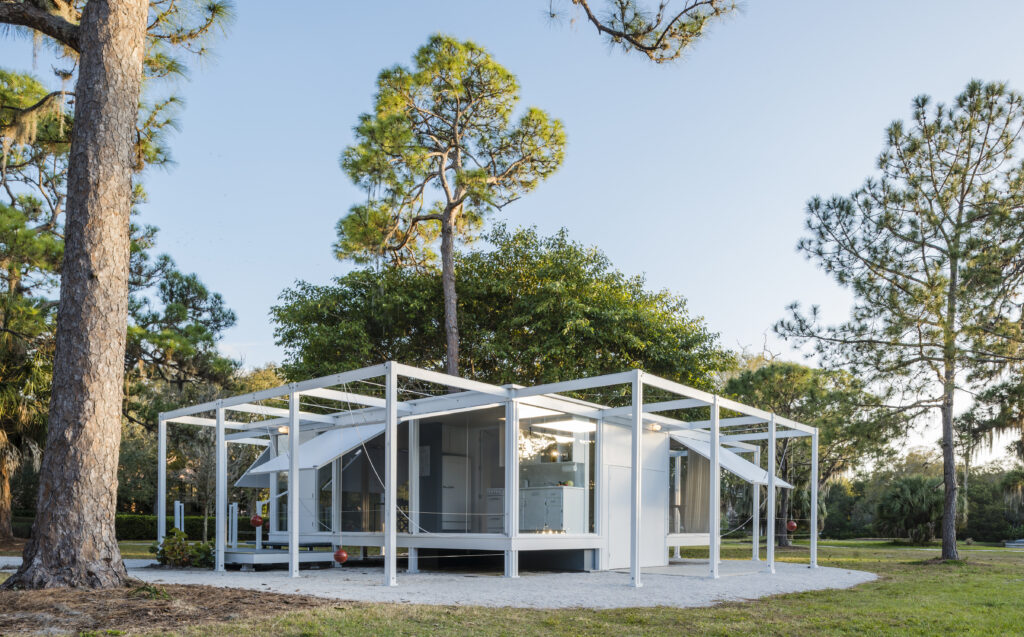 The Sarasota Architectural Foundation (SAF) commissioned this example of Paul Rudolph’s Walker Guest House (also known as “Cannonball House”) in response to the destruction of several structures designed by the architect. 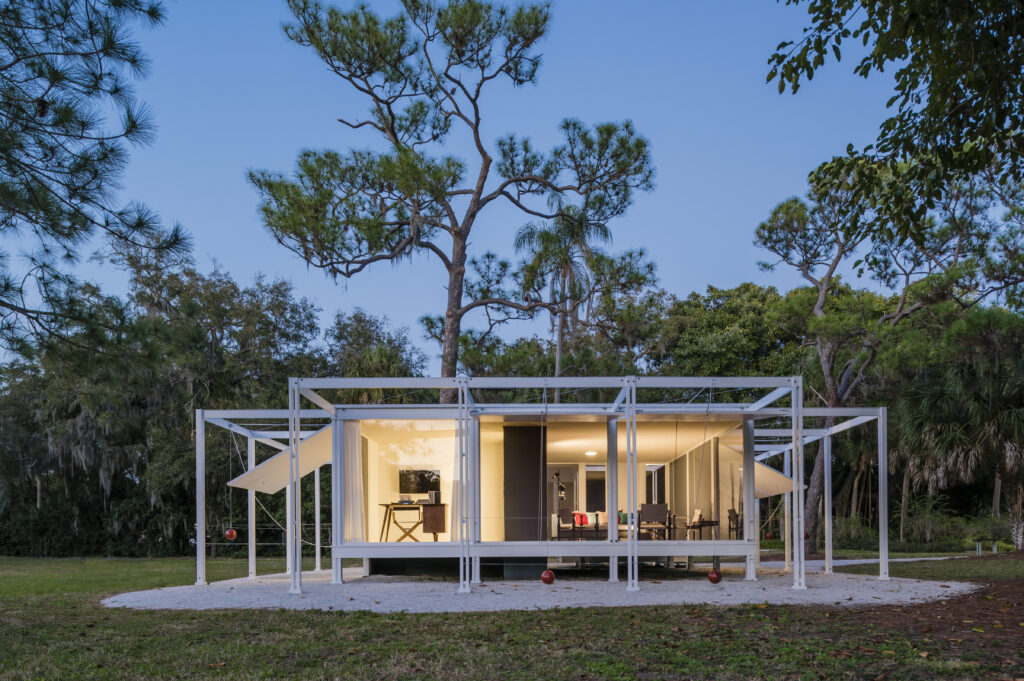 Originally built in 1952 in Sanibel, Florida, the present example was constructed from the original Rudolph plans, and initially installed on the grounds of The John & Mable Ringling Museum of Art where it was open for tours from 2015 to 2017. Countless visitors have toured the interior and exterior of the 576-square-foot house to learn about Rudolph and discover the principles of the Sarasota School of Architecture movement. The structure was thoughtfully constructed with the intention to be portable, and in 2018, it was reinstalled in Palm Springs, where it was a feature of “Modernism Week,” the city’s biannual festival celebrating mid-century modern architecture and design. 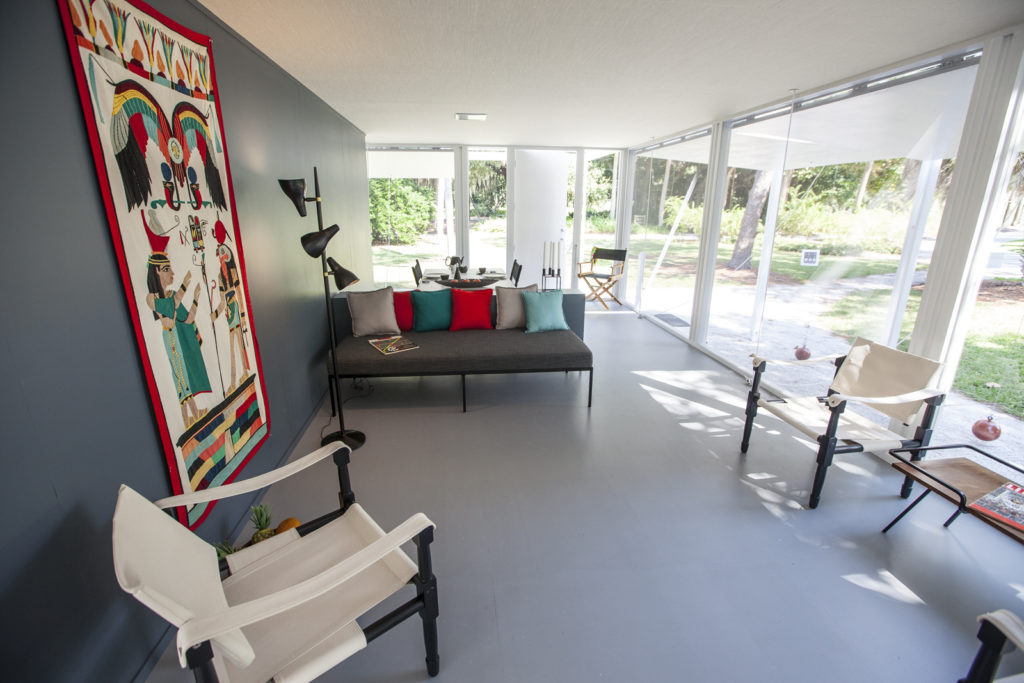 “The SAF, whose mission is to educate about, advocate for and celebrate Sarasota’s mid-century modern heritage, undertook this project as an educational initiative,” SAF Chairman Dr. Christopher Wilson, Ph.D., said. “Recognizing that a majority of Sarasota School structures are private residences not normally accessible to the public, the SAF wanted to expose the forward-thinking principles of the ‘Sarasota School’ to a wider audience by constructing and exhibiting this replica.” 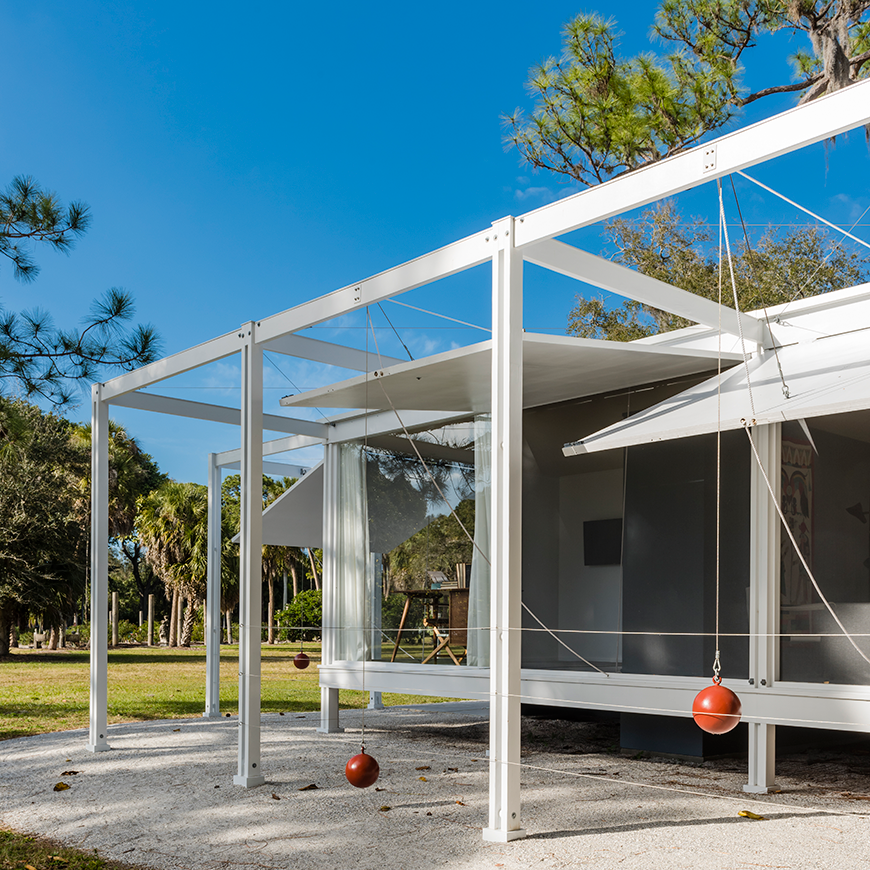 The Walker Guest house was Rudolph’s first design executed independently, and is considered among his most significant projects. Rudolph built numerous other influential residential buildings in the Sarasota, Florida region, including his so-called Umbrella House (1953) and Cocoon House (1950), designed with Ralph Twitchell. In 1997, Rudolph donated much of his archive to the Library of Congress, which helped establish the Library’s Center for Architecture, Design, and Engineering. By ensuring that his work was publicly accessible, he acted to see that his work could be preserved even if the original structures were not.”

Unique Things to Do in Iceland

Ideas To Turn an Enclosed Porch Into a...

Tips To Help You Find the Right Style...

Steps You Can Take To Protect Your Home...