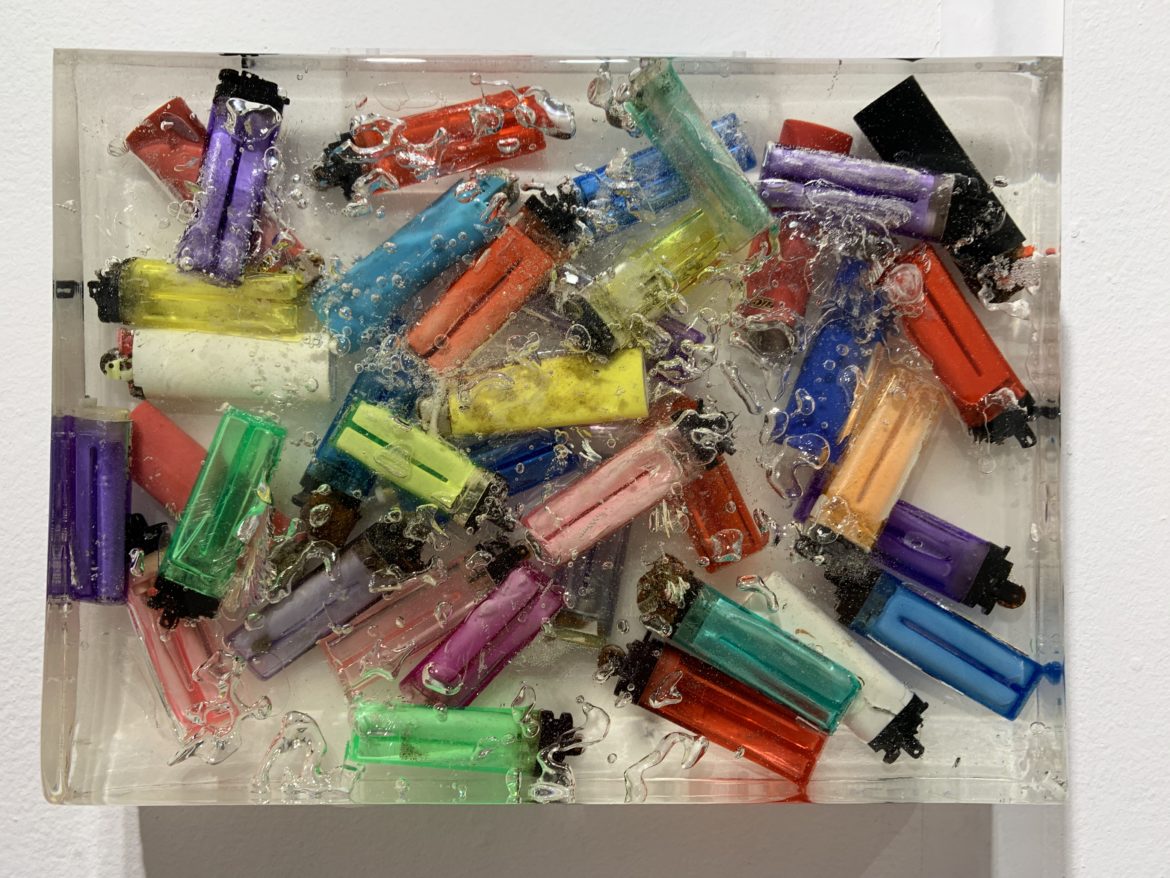 The Idea: Art that Calls Out Consumer Behavior 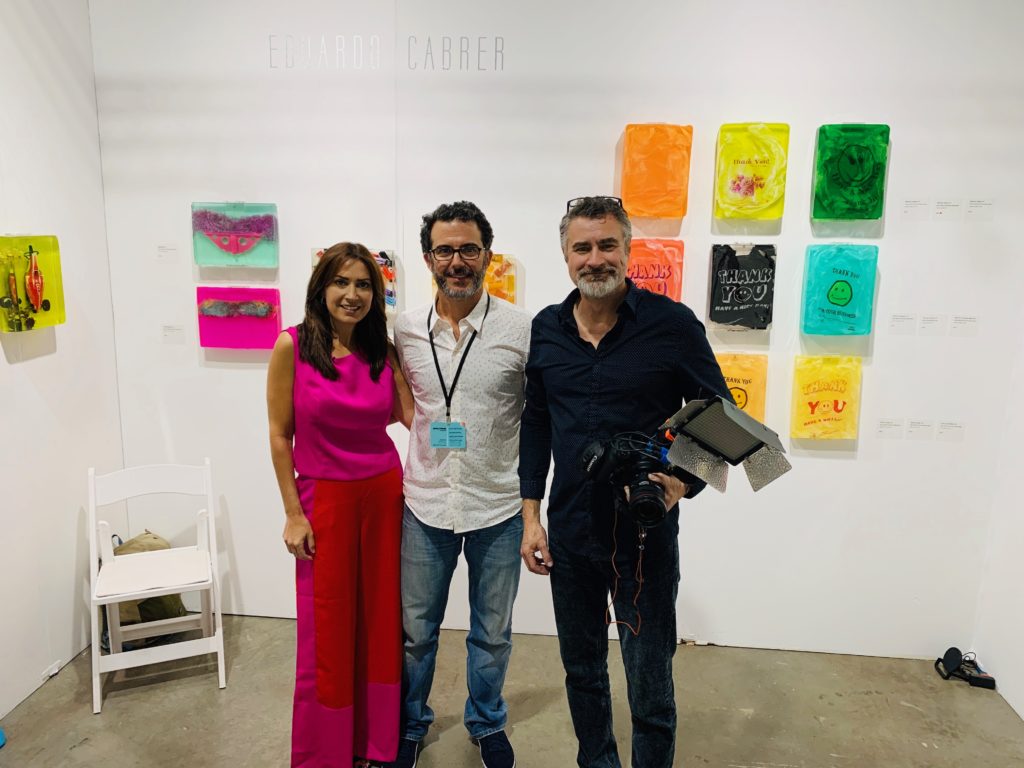 At Spectrum Miami, one of several art fairs held during Miami Art Week 2019, I was drawn to the work of Eduardo Cabrer who encases plastic trash and found objects in colored resin creating thought-provoking art that calls out consumer waste. 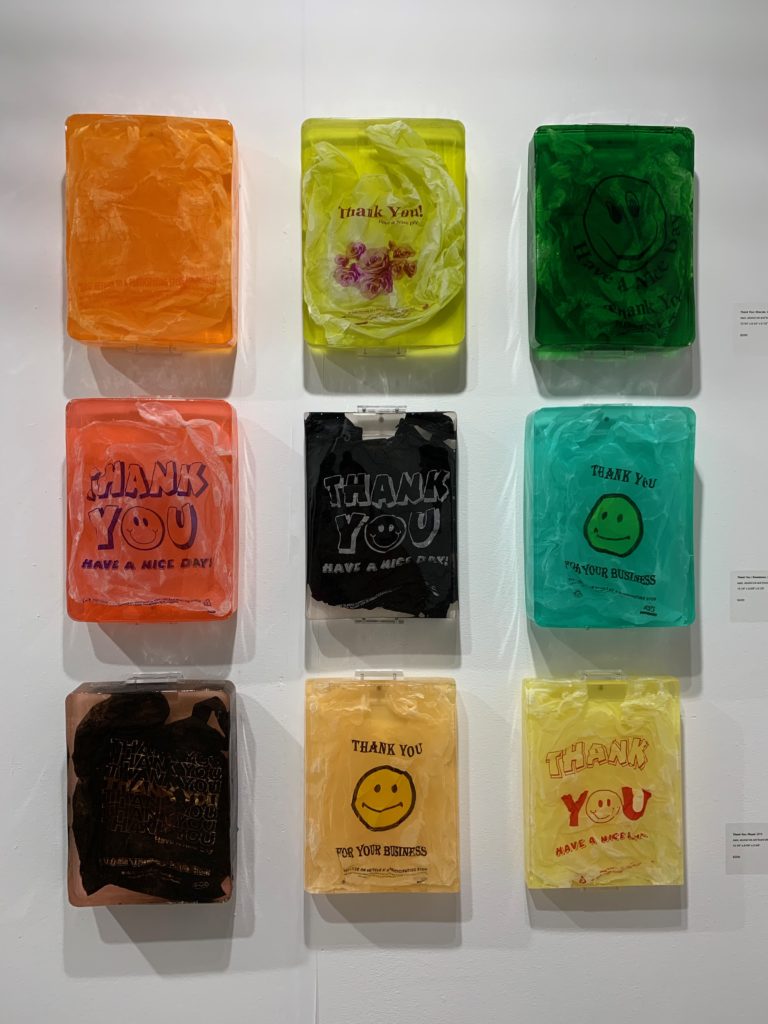 Plastic shopping bags that artist Eduardo found on the streets of New York City and suspended each one in resin as part of his series, Plasticidad, on view at Spectrum Miami

The collection is called Plasticidad and consists of debris and found objects suspended in resin, raising questions about the origin and purpose of each object. 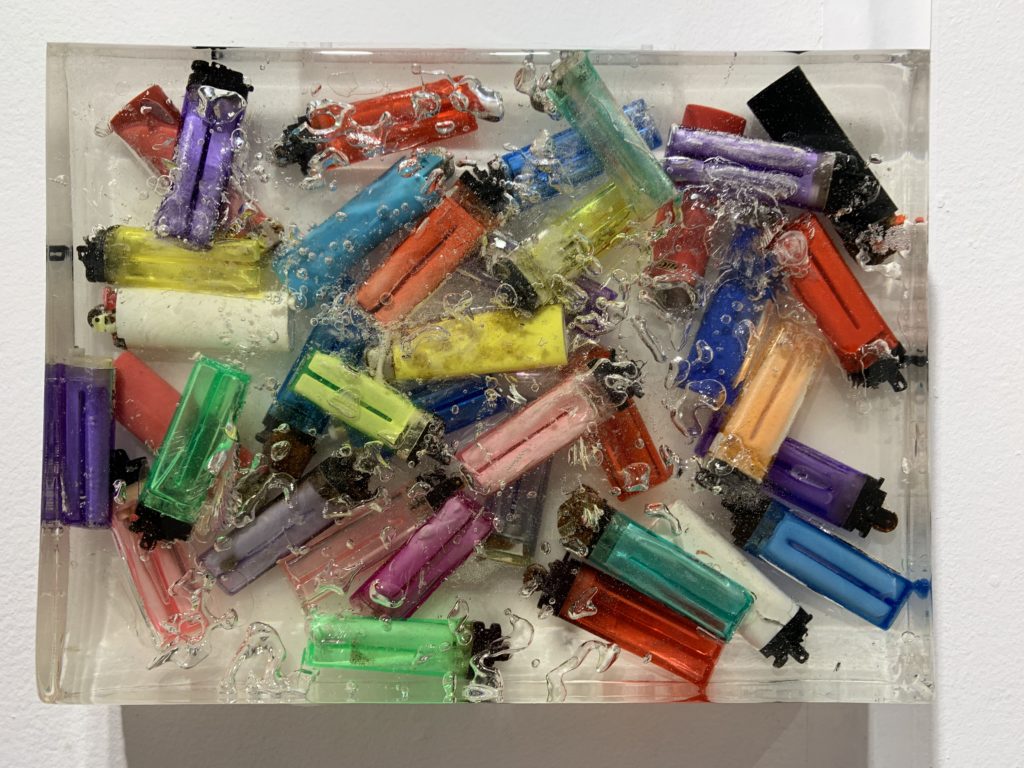 Plastic cigarette lighters that artist Eduardo found as trash on the beach and suspended each one in resin as part of his series, Plasticidad on view at Spectrum Miami

Eduardo started making his resin-coated trash art after walking the beaches of his native Puerto Rico with his daughters to collect shells only to discover the beaches were covered in more trash than shells. “We started collecting plastic instead of shell shells and then I had the problem of figuring out what to do with all of this plastic to add value to it,” Eduardo says. 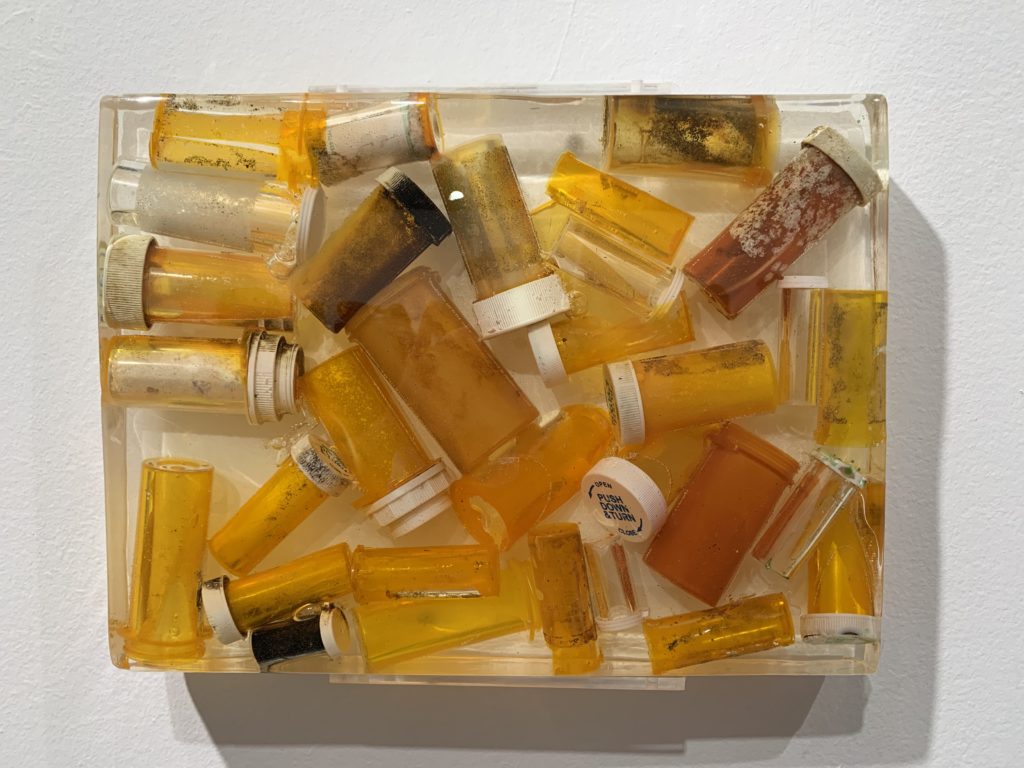 Plastic medicine bottles artist Eduardo Cabrer found and suspended in resin as part of his series, Plasticidad, on view at Spectrum Miami

I’m fascinated by the irony of creating a thing of beauty out of the ugliness of trash. I find Eduardo’s aesthetic haunting, as if his found objects are entombed as a shrine to the follies of humankind. 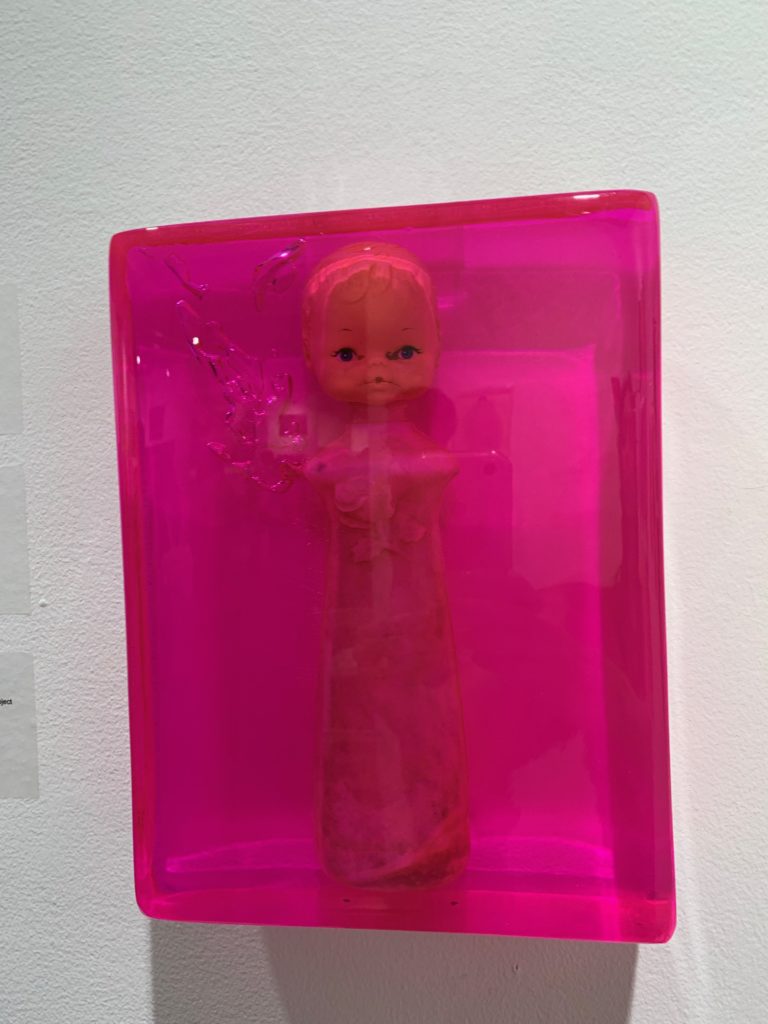 Fallen Angel by Eduardo Cabrer on view at Spectrum Miami 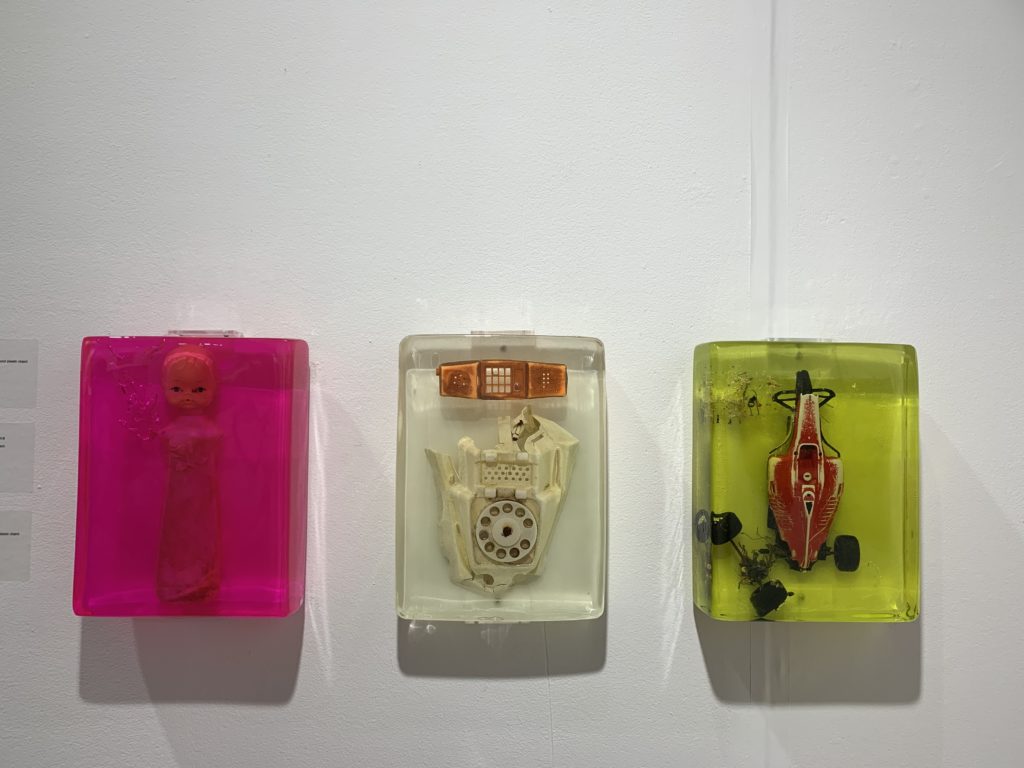 Middle artwork is “Dial O for Operator” by artist Eduardo Cabrer along with Fallen Angel on the lefthand side on view at Spectrum Miami. 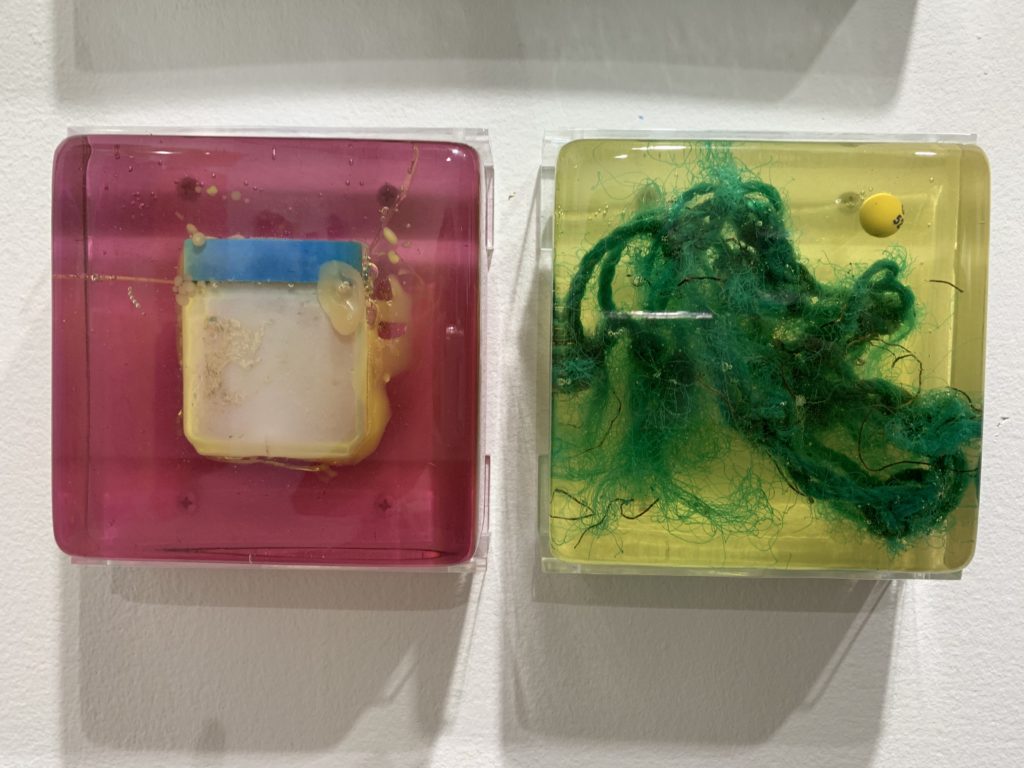 Trash that artist Eduardo Cabrer found and suspended in resin as part of his series, Plasticidad, on view at Spectrum Miami

Through his art, Eduardo hopes to create an awareness of issues caused by consumer behavior and call out our throwaway culture. “That is part of the challenge to create something that adds value out of something that has no monetary value.”

Spectrum Miami 2019, is an art fair known for its urban and upscale works of art. The show featured the works of more than 200 exhibiting galleries and artists from the Florida region, the U.S. and around the globe, informed by the 2019 curatorial theme Ignite.

Learn more about the art of Eduardo Cabrer in new episodes of The Design Tourist filmed at Miami Art Week.

The Neon Art of Ilan Neuwirth